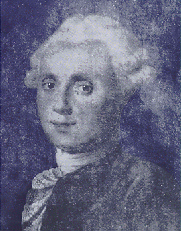 This is the fourth installment of a series of columns primarily revolving around observing the Messier Catalogue.  The intent is to provide the reader a small sampling of the Messier objects each month that are most visible in the time frame the column is published.  Hence, these deep sky objects should be easily identifiable in and around the month of June.  Late spring is galaxy time and June is no exception.  Some months, like June, will have a special treat in addition to the Messier Objects.  Check the trailer.

M104:  AKA THE SOMBRERO GALAXY

In 1913, Vesto Slipher of the Lowell Observatory became the first astronomer to detect rotation in a galaxy other than our own.  By studying the spectrum of M 104, he determined not only that the galaxy was receding from us at 700 miles per second, but that its disk was rotating.

M104 is not as much of a mystery today as it was in the early 20th century.  We now know it as one of the largest galaxies in the southern edge of the Virgo Galaxy Cluster. 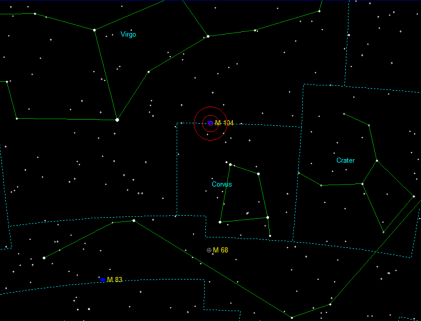 M 61 is one of the most pleasing open-faced spirals in the Messier Catalogue for small telescope users.  On May 5, 1779, Italian astronomer Barnabus Oriani discovered M61 while following a comet of that year.  He describes it as, “very pale, looking exactly like a comet.” Messier had also encountered M61 that same night but had mistaken it for a comet…he repeated the same error the following night; and, again on May 11th, until he finally noticed the “comet” had not moved in relation to the star background.  Strong hint, Charlie.

Messier: A Nebula that is very faint and difficult to see. 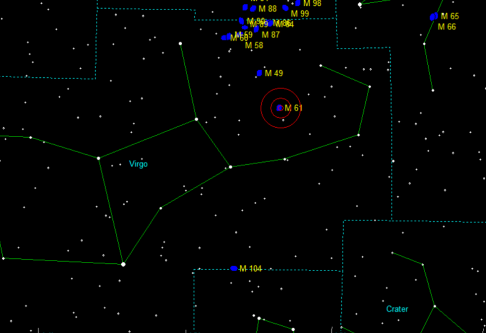 M84 and M86 have a lot in common: they are separated by a mere 20’, both shine at about 9th magnitude, and they both appear to be the about same size.  M86, however, has a larger apparent diameter and is more diffuse, so it has a lower surface brightness.

M 84 Messier:  Observed March 18, 1871, nebula without a star in Virgo.  The center is pretty bright, surrounded by slight nebulosity.

M 86 Messier: Nebula without a star in Virgo; on the same parallel as M 84 and very close to it.  They have the same appearance, and both will appear in the same telescopic field.

NGC: Very bright, large, round, gradually brighter in the middle to a nucleus.

June Bonus: Saturn and Jupiter begin a 6-month journey to a conjunction culminating in December.

Our two most observable planets begin a long-term hook-up in the early evenings beginning late June.