Outreach at The VIllage School

On Friday night, March 31, H.A.S. was at The Village School in west Houston to host an outreach star party for students, their parents, and teachers.  The weather was perfect, the seeing was really good, and asides from a few lights down the street, the field we set up in was fantastic. There were lots of kids and parents milling around asking great questions, and we were able to treat the visitors with a brief sky tour, followed by showing off a number of objects in the night sky. I’m certain there were at least two future astronomers in the bunch.

Visitors were treated to views of the moon, Mercury, Mars, Jupiter, M41, M42, Sirius, and other objects. In addition, lots of H.A.S. volunteers were there to help explain what people were looking at through the eyepieces. There were at least a dozen occasions where “wow,” or “that’s wild” were heard by visitors. At some point, Publicity Chairman Bram Weisman used a 12mm Delos with a 2.5x Powermate in one of the school’s 10” Dobs to give some people a glimpse of the Great Red Spot on Jupiter.

HAS outreach volunteers included Amelia and Steve Goldberg, Don Selle, Jim King, Daniel and Jaap Vrolijk, Ed Fraini, Bram Weisman, Sarah Silva, Joe Khalaf, and new members Carlos Brunet and his family. All told, there were approximately 10 telescopes and 13 H.A.S. members on the field – which might be a new record for one of our club outreach events! Bram also had new club postcards that were handed out, so we look forward to hopefully having some of the people who were in attendance last night joining us for our next club meeting at U.H. 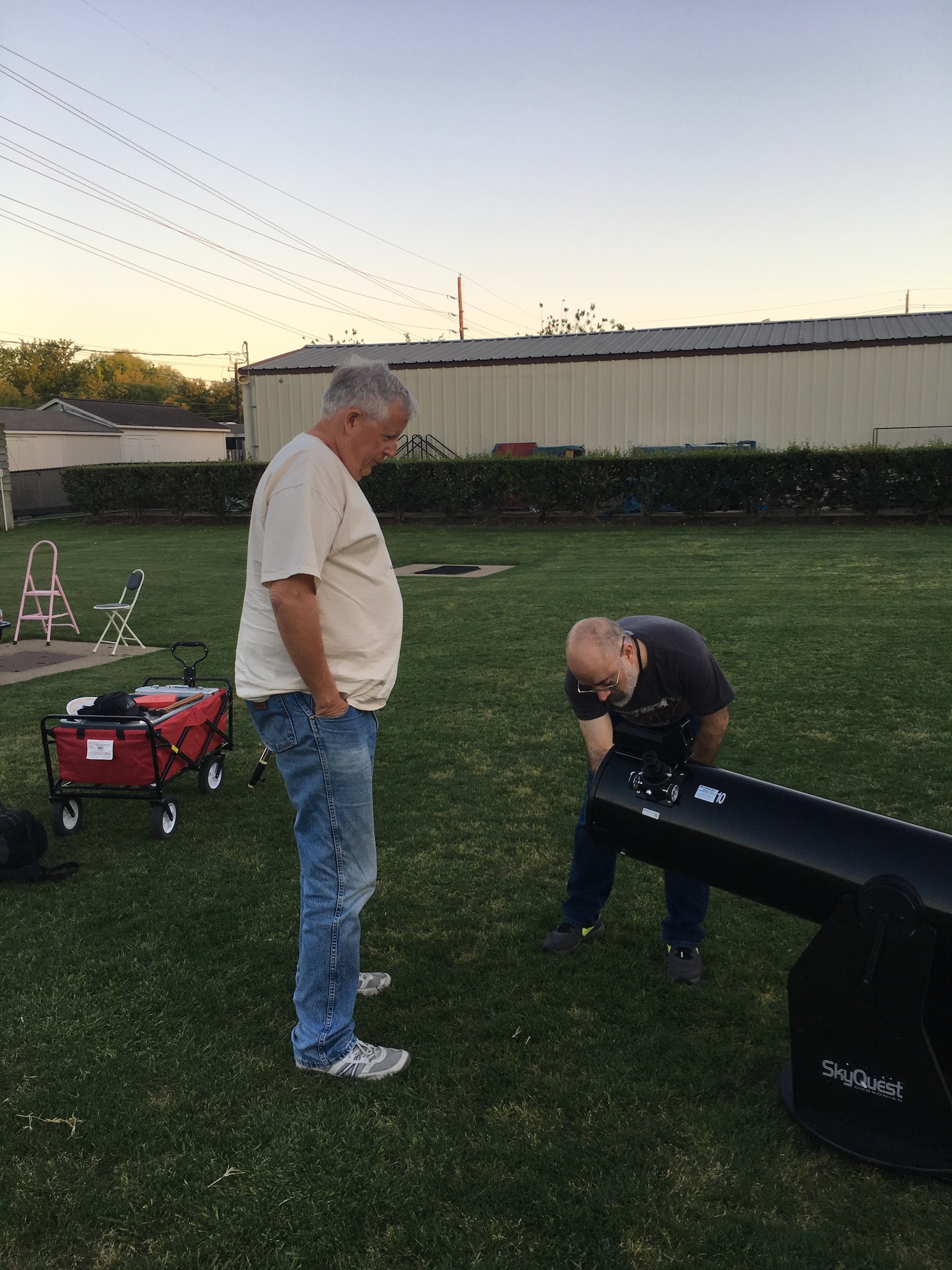 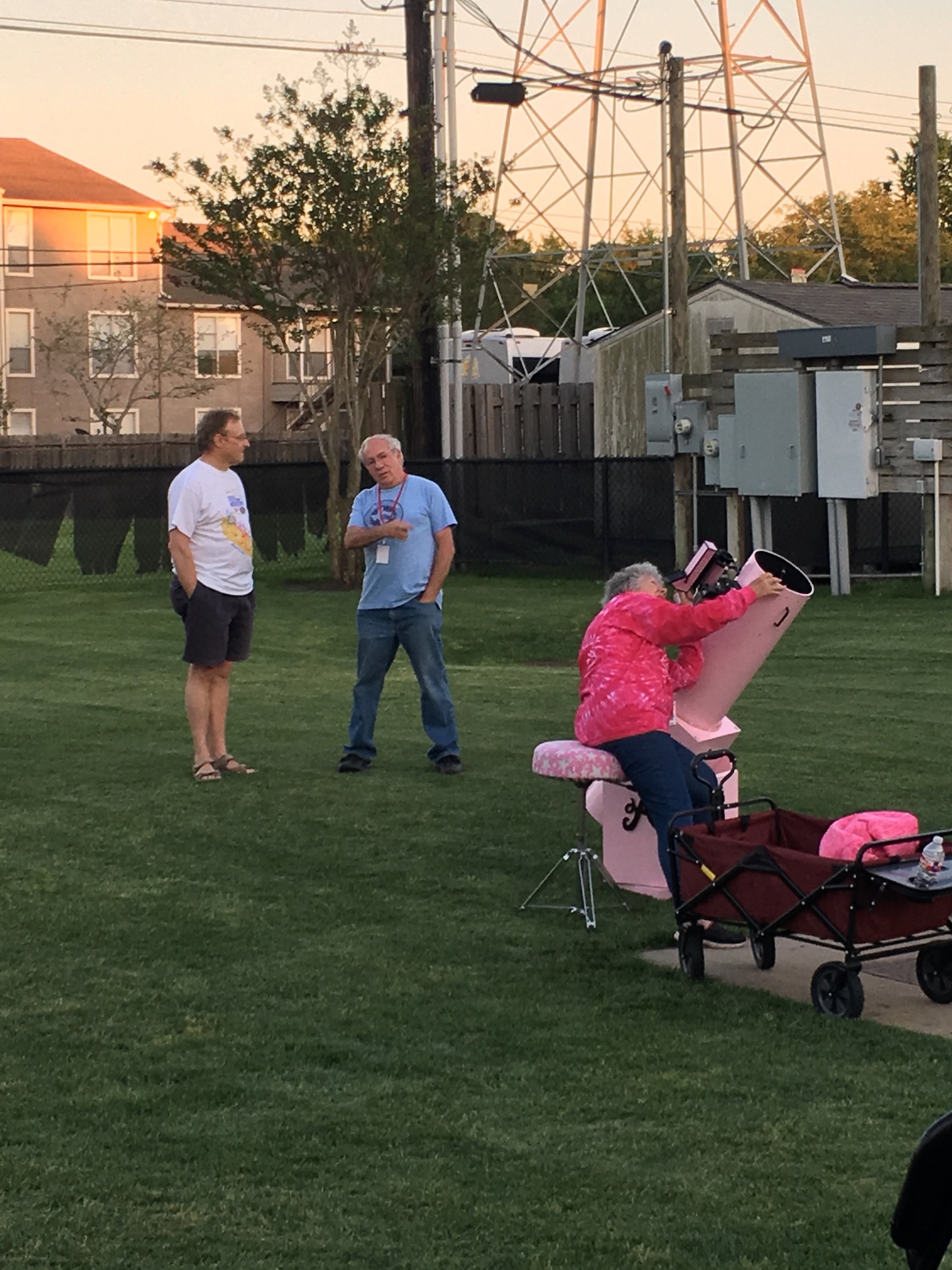 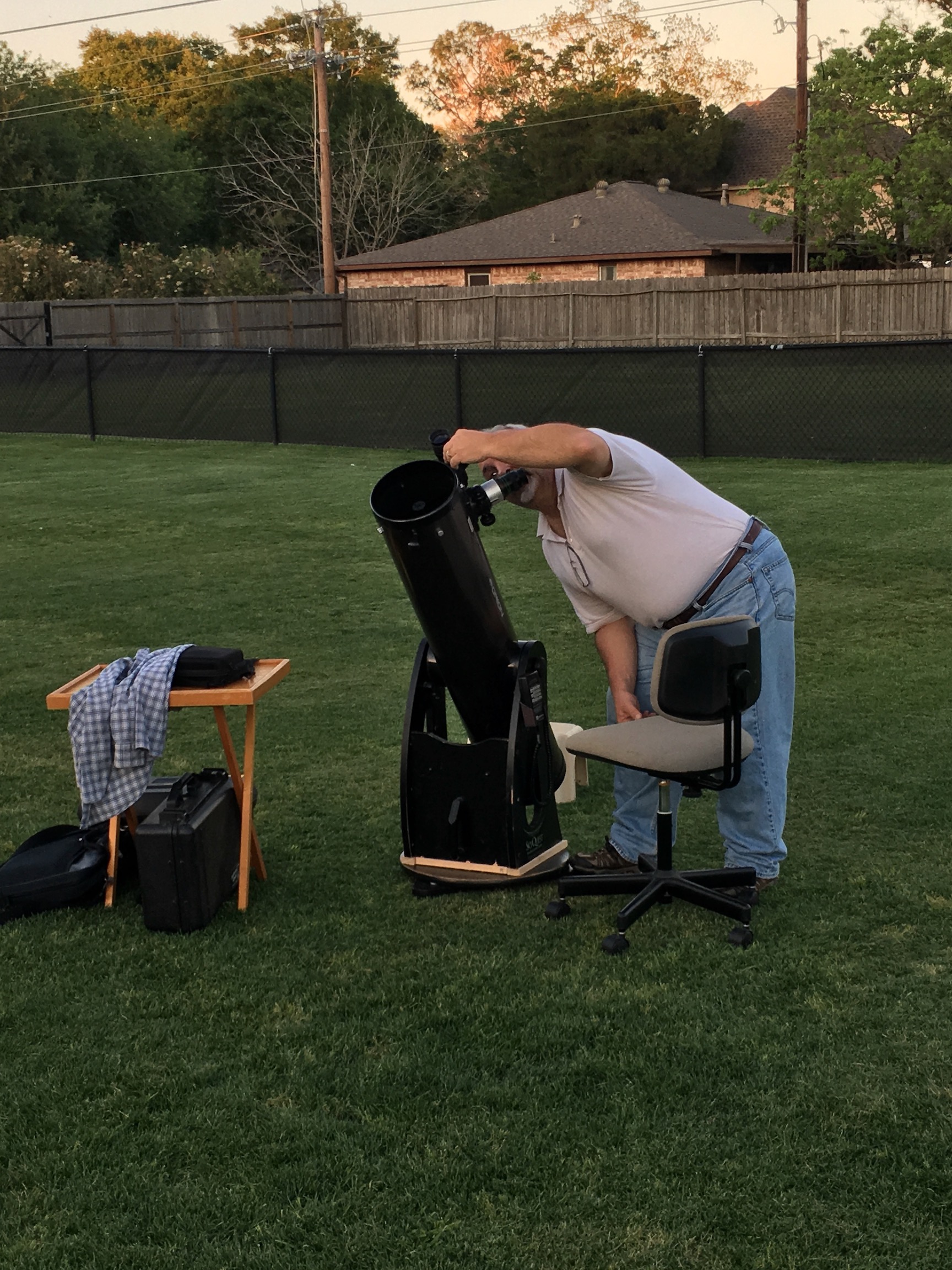 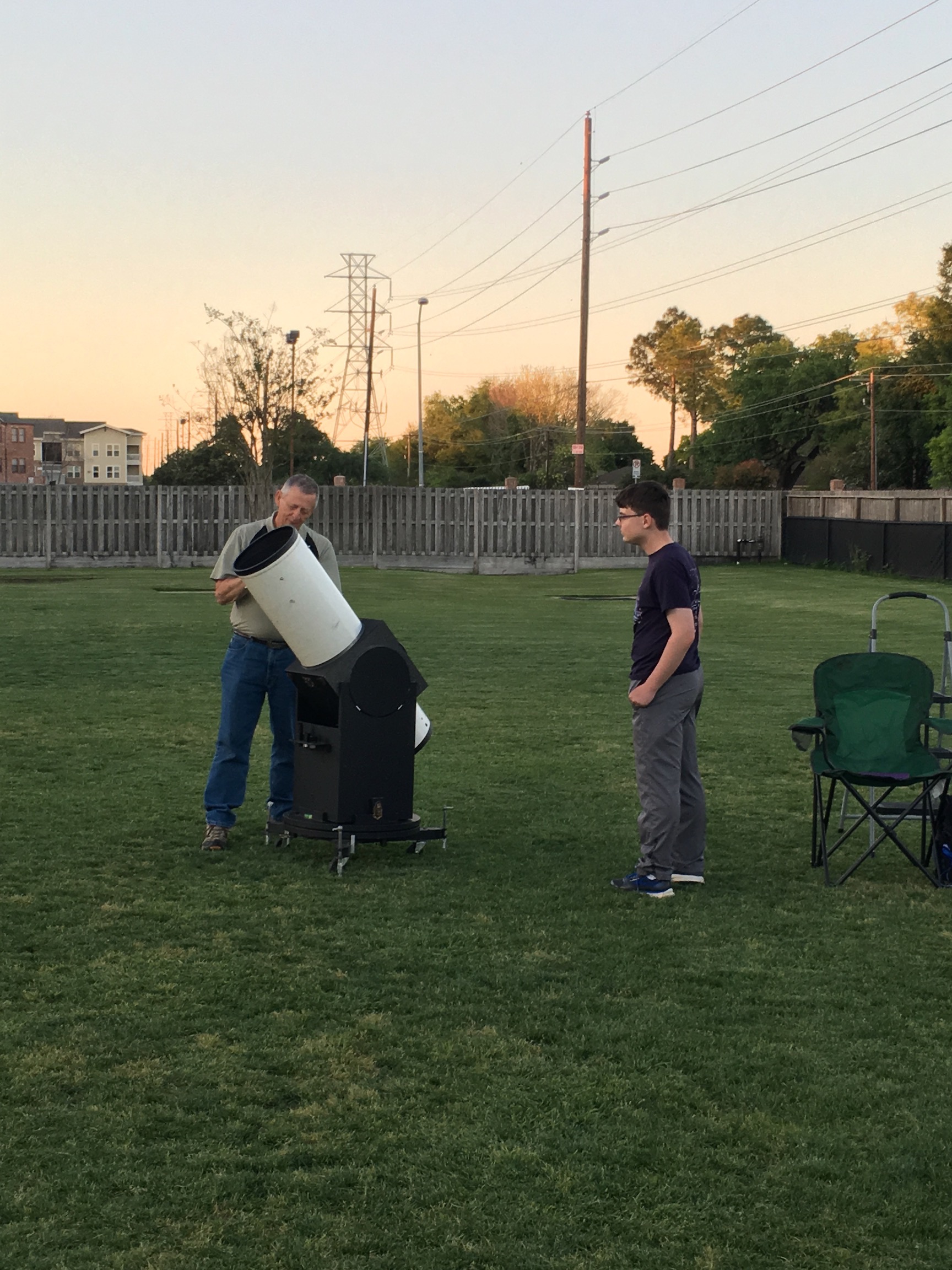