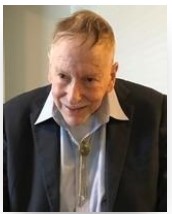 I first met Leland Dolan in the summer of 1959, when we both were in an astronomy class at the South Texas Junior College. It was there I learned about the Houston Amateur Astronomy Club (HAAC). The club met in the original Science Building at the central campus of the University of Houston. When several HAAC members formed a special interest group for amateur telescope making, Leland served as the SIG secretary.

Over the years there were pressures for a name change to the Houston Astronomical Society, and when that occurred, Leland assisted the By-Laws committee with his extensive knowledge of the club history and recollections of older members of the HAAC. He continued to help the membership in later years by providing observing aid printouts at the monthly meeting. He frequently highlighted news about recent astronomical events of importance, discoveries as well as the passage of the solstices, equinox events, and other phenomena.

For most of his 60 years of membership in the Houston Astronomical Society, Leland attended every monthly meeting. His loyalty to the HAS is memorable in its continuity. Most of the older members of HAS who knew Leland when he was younger and more active will miss his presence in our monthly meetings. I know I will.    Fred Garcia

Leland passed away at home with his family on February 27, 2021. His family has requested that those wishing to memorialize Leland may make a donations to MD Anderson Cancer Center at: https://gifts.mdanderson.org